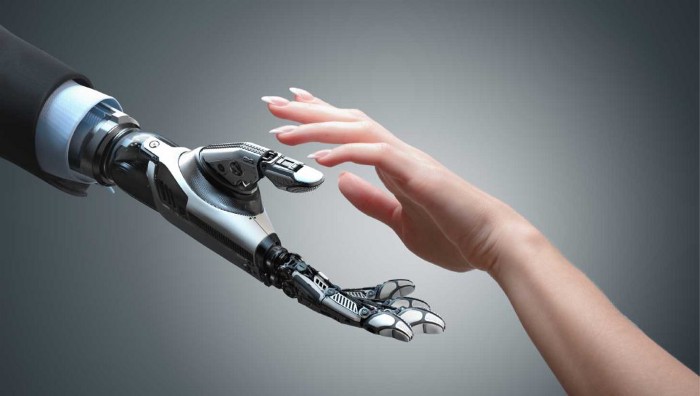 That Interesting Path AI Trends will Take in 2019

If the futurists have their conjecture and math right, Artificial Intelligence could take over human intelligence by 2040. In quest of decoding the insurmountable capacities of technology, AI and machine learning, Stephen Hawkins once rightly stated that these could be, “outsmarting financial markets, out-inventing human researchers, and out-manipulating human leaders.”

AI is undoubtedly one of the most revolutionary technologies, which is powerful enough to turn the world upside down and shape it up with a new contour. However, the field of AI has already gone through several phases over the past few years and it should be consistently updated to suit the swiftly-changing needs of the millennials.

Some of these following trends will define the pre-eminence of Artificial Intelligence in the year 2019. A few of these trends might have been in use in the earlier years as well, but have now witnessed an upgrade, which is expected to contribute to the growth of mankind.

Even a very fast and advanced CPU may fail to boost the speed of an AI and training model. For the purpose of inferencing, the model requires additional hardware for accomplishing the mathematical computations, thus speeding up complex tasks like facial recognition, object detection, etc.

It is anticipated that in 2019, the world’s leading chip manufacturers like AMD, Intel, ARM, and NVIDIA will come up with some more specialized chips to speed up the execution of different AI-enabled apps.

In 2019, different hyperscale infrastructure companies including, Microsoft, Amazon, Facebook and Google could also invest in custom chips that are based on FPGA (Field Programmable Gate Arrays) and ASIC (Application Specific Integrated Circuits). These chips will be highly optimized for running the modern workplaces based on high-performance computing and AI.

A Convergence of AI and IoT

The year 2019 is expected to witness a convergence of IoT (Internet of Things) and Artificial Intelligence at the edge of the computing layer. The industrial IoT is considered to be the major use-case for AI, which can perform root cause analysis, outlier detection, predictive maintenance of equipment, et al.

IoT is also bucked up to become one of the biggest drivers of AI in the field of enterprise in the near future. The edge devices are expected to be equipped with the specialized AI chips based on ASICs and FPGAs.

Machine Learning is expected to undergo a discernible change with the introduction of Automated Machine Learning or AutoML algorithm. With the help of AutoML, the programmers and developers will be able to deal with different complex problems sans creating any specific model.

One of the major perks of AutoML is that it can allow the developers and analysts to emphasize only on the concerned issues and not on the overall workflow or process. AutoML can easily align with the custom ML platforms and cognitive APIs. Not only does it save a great deal of time, but also minimize a lot of efforts by addressing different issues directly. This apart, it also holds the capacity of creating a mélange between portability with flexibility.

The Essentiality of ONNX will Increase

It’s true that the plummeting interoperability among different neural network toolkits is taking a toll on the adoption of Artificial Intelligence. In order to beat this challenge, Facebook, AWS, and Microsoft have come together for building ONNX or Open Neural Network Exchange.

ONNX can reuse the trained neural network models across different frameworks. In 2019, it’s expected that the researchers and edge-device manufacturers will consider ONNX as a pivotal runtime for inferencing.

DevOps to Be Automated via AIOps

The modern infrastructure and applications generate log data, which is generally captured for searching, indexing and analytics. The massive data sets acquired from hardware, server software, operating systems and application software can be correlated and aggregated for finding patterns and insights in 2019

For the past few years, the rate of cyber crimes has taken off drastically. Today, an optimum level of cybersecurity has become the biggest need of the hour. The inclusion of AI in the field of cybersecurity will empower cyber experts by making the entire system more robust. This year, there are possibilities galore that AI will become a very integral part of cybersecurity.

A Tweak in Speech Recognition

Over the past few years, there has been a staggering hike in the frameworks for Natural Language Generation (NLG) and Natural Language Understanding (NLU). The NLP algorithms will gain the ability to decipher different human emotions, figures of speech and sarcasm.

The modern voice assistants are expected to be able to gather data from voice and combine that with the process of deep learning for associating different words uttered with different kinds of emotions. This way, the new-age voice assistants can enrich the entire library of processing texts and speech.

If done impeccably, this could be proven as a revolutionary step in the field of customer care where legions of bots have struggled with the intonation of customers’ voices.

A Mélange of AI, IoT, Chatbot and Cloud

It might not be just a matter of great expectation to witness a powerful collaboration of AI, chatbot, IoT, and cloud. The IoT devices could act as a powerful interface via which the consumers and societal stakeholders would interact with each other.

Some of the voice-enabled devices such as Amazon’s Alexa, Google Home, etc. are expected to augment the customer experiences and become the key point of interaction with different business hubs. It may also happen that the decentralized databases of Blockchain could help in managing contracts, valuing customer requests, and enabling transactions between different parties in the supply chain.

This is the age of a technological evolution. AI trends will come and go depending on their popularity and usability. One should understand the utility and relevance of a new AI trend prior to reaping its benefits.