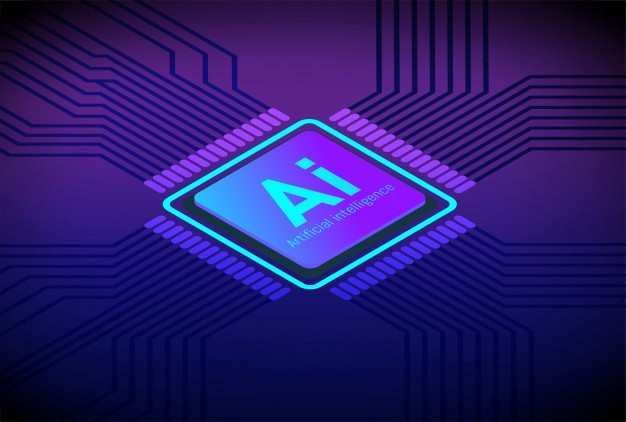 It’s Time that You Debunked the Myths about AI

An unprecedented industrial revolution has swept across the globe as Artificial Intelligence has already begun to influence almost every sphere of our lives today. Just like wine, automation and technology are only getting better with time. The endless possibilities of AI are nothing new to us, as the impact of its numerous perks has been testified over the past few years.

The forthcoming years promise to introduce some major breakthroughs that will touch and improve almost all aspect of our lives, from detecting different health conditions to launching cars that drive themselves and partaking in the regular rudimentary chores.

Despite its omnipresence in almost every sphere of our lives, AI happens to be tarnished with a plethora of misconceptions. These myths should be debunked at the earliest because otherwise, you might hold back from reaping its revolutionary breakthroughs for the rest of your life. Read to find out some major myths about Artificial Intelligence that should be busted right now –

Myth: AI and Robots are the same

Fact: Robots could be interrelated to AI but they are certainly not the same. Robots are, in fact, just a part of Artificial Intelligence. Both of these contain different objectives. Robots hint at those high-tech programmable machines that can perform a set of certain activities semi-automatically or automatically.

It’s true that AI plays a crucial role in determining the cognitive and thinking capabilities of a robot. But, it’s still different from a robot because its programs are meticulously crafted to accomplish different tasks, which require involving human intellects. Hence, it is anything but a fallacy to consider Artificial Intelligence same as the Homo sapiens.

Myth: Human Brains Can be Replicated by AI

Fact: To some extent, Artificial Intelligence might mimic some certain functionalities of the human brain, but it will be irrelevant to draw a comparison between them. No matter how powerful is AI, it may not be able to match up to the capacities of a human brain. Maybe, in the near future, it would be possible to build an exponentially powerful AI system to match up to a human brain’s capacities. But, it would be an out-and-out complex process.

Fact: Legions of people out there have been living with the myth that Artificial Intelligence cannot boost its performance automatically. After all, it’s just a machine, and it’s impossible for a machine to spruce up its performance minus any external help. This is an utterly wrong concept.

Since the passage of time, science and technology has come a long way. The proliferation of technology has given birth to ‘unsupervised learning’, which enables AI to train itself or boost its performance automatically. However, it entails a lot of training for adding success to unsupervised machine learning, thus allowing Artificial Intelligence for self-training.

Myth: AI should be Adopted only by Few Business Sectors

Fact: By not tapping into the incredible perks of Artificial Intelligence, even the most top-notch companies may lag behind in terms of their success and proliferation. A lot of companies might even fail to improve their process management and resultantly, lose out on numerous business opportunities. This is where the importance of including AI comes into play.

If utilized impeccably, AI can spell manifold benefits in empowering your business strategies, reaching out to the audiences worldwide and accelerating sales. It means that in this era of science and technology, the insurmountable power of Artificial Intelligence should be harnessed by every company to deal with complex problems and make accurate decisions.

Fact: The algorithms of AI are built on large sets of data. For these algorithms to be adequately effective, it’s crucial that the sets of data are of premium quality. What is mandatory for every AI tool is the presence of relevant and accurate data. A set of faulty data cannot produce the best kind of AI algorithms.

Another biggest misconception is that the AI algorithms are capable of auto-correcting themselves and also finding their ways out even when the data is messed up. However, the fact is that Artificial Intelligence is anything but a highly advanced program and it requires the premium data to perform impeccably. So, it’s a myth that AI algorithm can work on the muddled or messy data.

Myth: Human Employees will be Replaced by AI

Fact: From the past few years, most of the top-tier companies have begun to substitute the repetitive job responsibilities with AI-operated machines. Instead of hiring human assistants, these companies are more agog now to invest in automation technologies.

Owing to its accelerated capacity to study as well as analyze data, AI can work wonders in solving problems and making accurate decisions based on the proper predictions, clustering, and classifications. As a result of this, the millennial entrepreneurs are relying more on the high-tech AI tools to accomplish many complex tasks.

Although Artificial Intelligence is capable of supporting mankind in accomplishing many responsibilities involved their businesses, it’s a pipedream to expect them to replace the human assistants completely.

It’s a matter of anticipation that Artificial Intelligence will gain the required capacities to support human intellect and provide it with the bandwidth to deal with more strategic activities in the future.

Artificial Intelligence is no longer the future; it is the ‘now.’ At the time where technology and machine learning are leading our lives to fundamental proliferation in almost every aspect of the world we inhabit, it’s the need of the hour to debunk each and every misconception associated with Artificial Intelligence.

Change is inevitable and we should welcome it. Instead of looking at them via the lens of skepticism, we should work in partnership with them and thereby looking forward to the unimaginable future. Unless the myths about Artificial Intelligence are nipped in the bud, we can never ever embrace the unprecedentedly proliferated future with the open arms.